Week 4 in the Intermediate Hub

We had a fabulous time listening to Christian from Attitude.inc on Monday afternoon. He talked with us about what makes a great friend, with strong ties to personal leadership. He left us with tips on what not to do,  tips on how to be an awesome friend and sore tummies from so much laughter!


Friendship tips:
We look forward to working with Christian again next week as part of our leadership week. 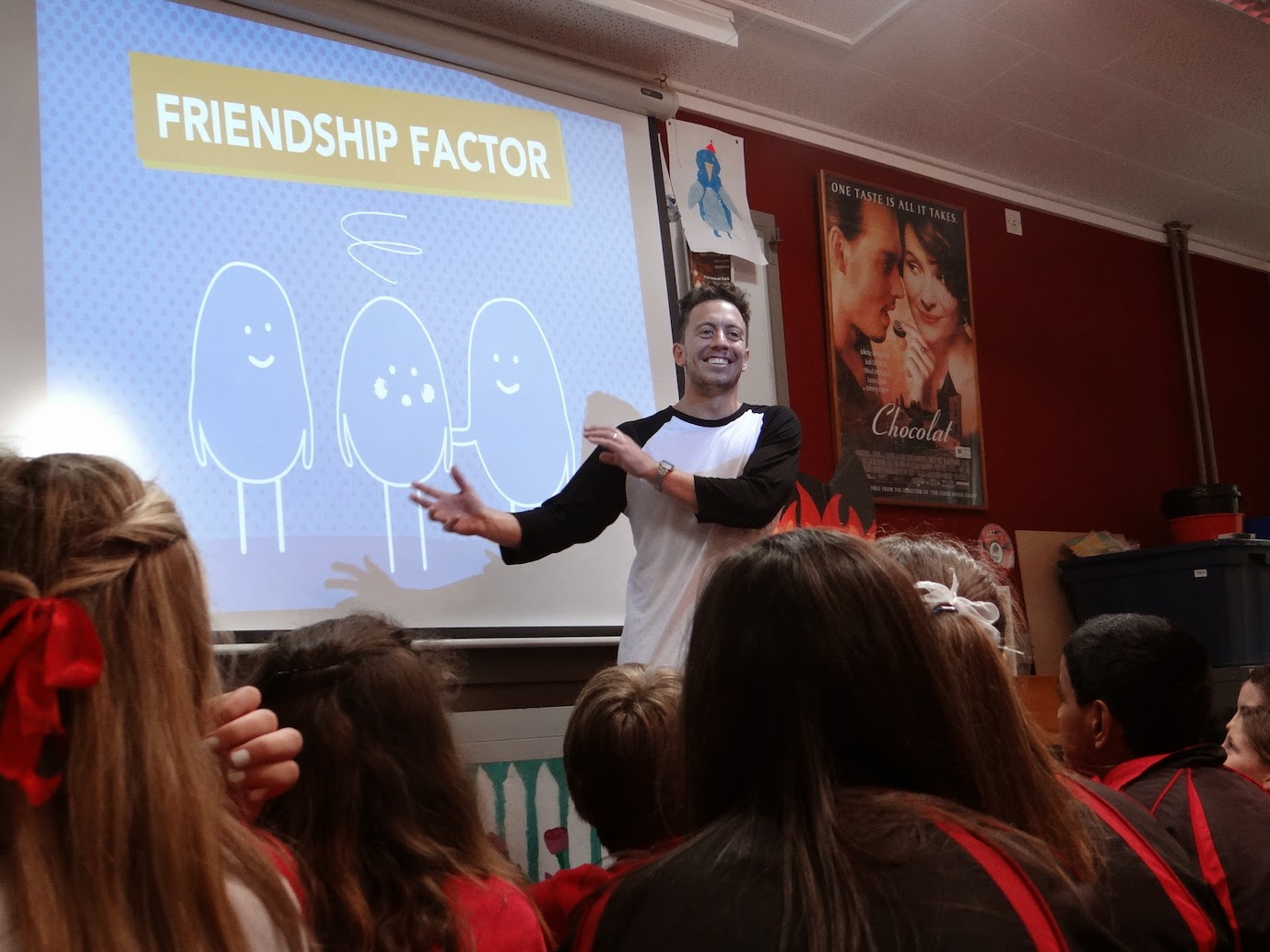 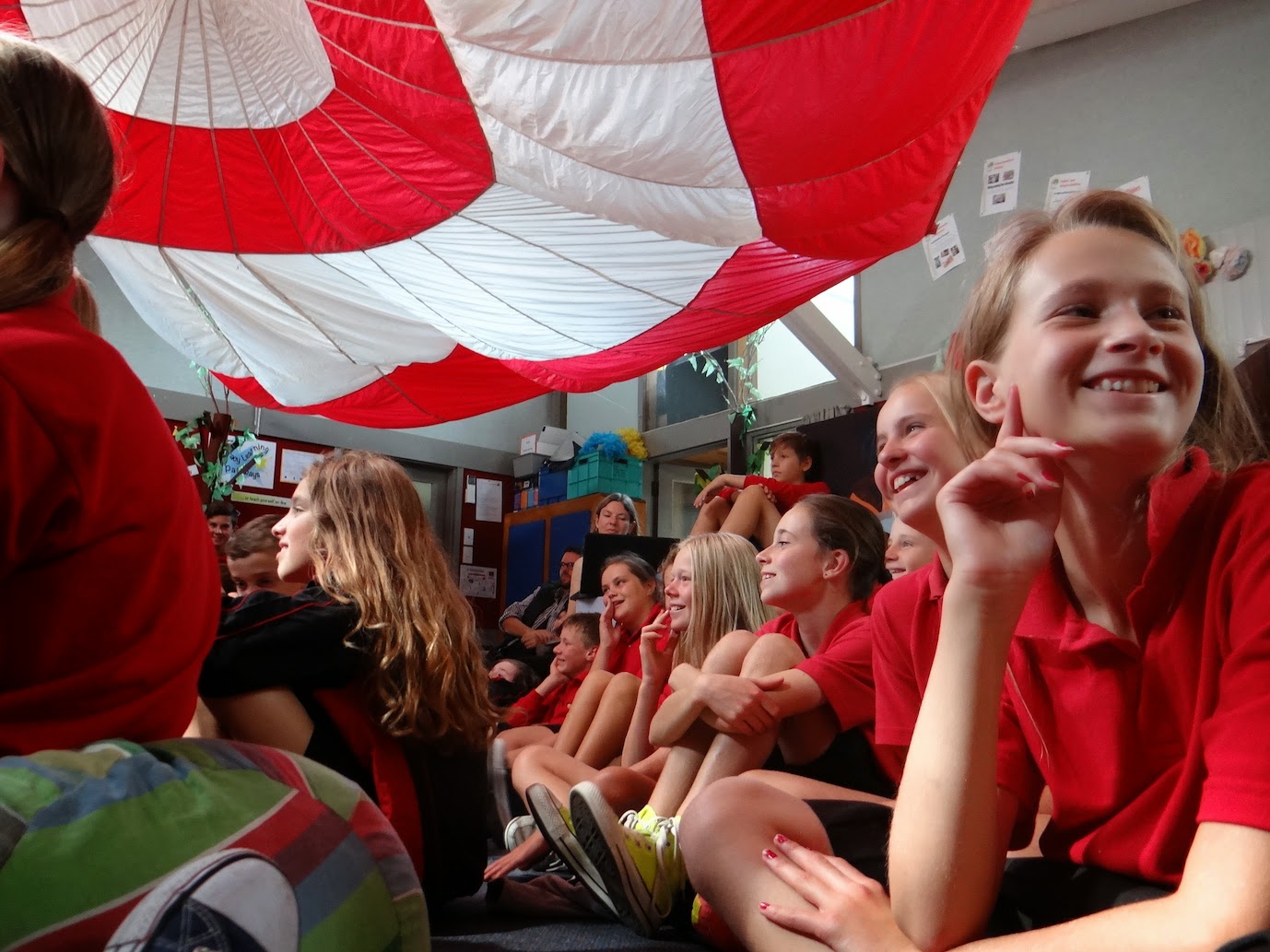 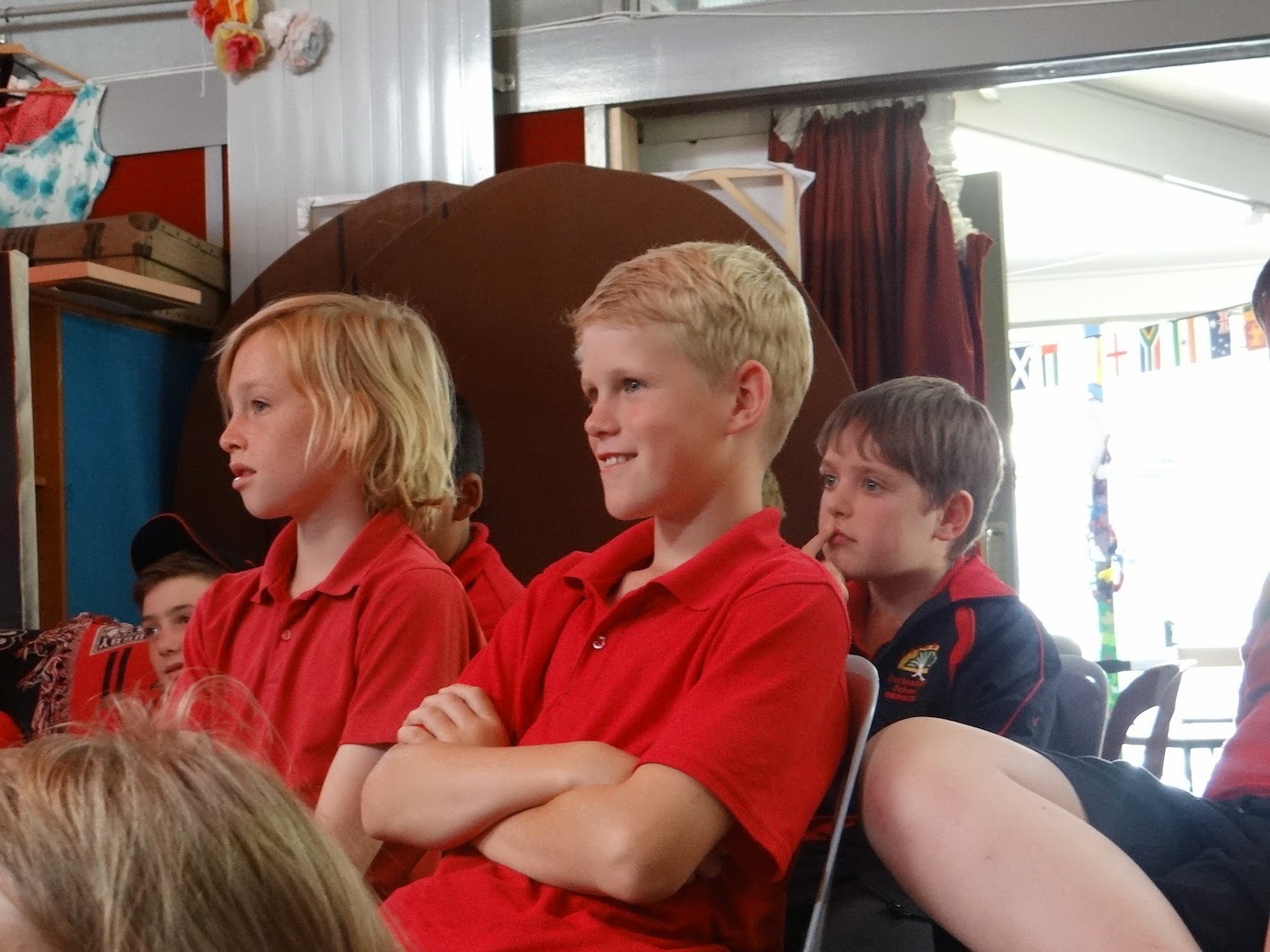 On Wednesday afternoons we spend time developing our drawing skills. This week our focus was on drawing faces. We learnt heaps about proportion. It's amazing how much maths there is in our faces! 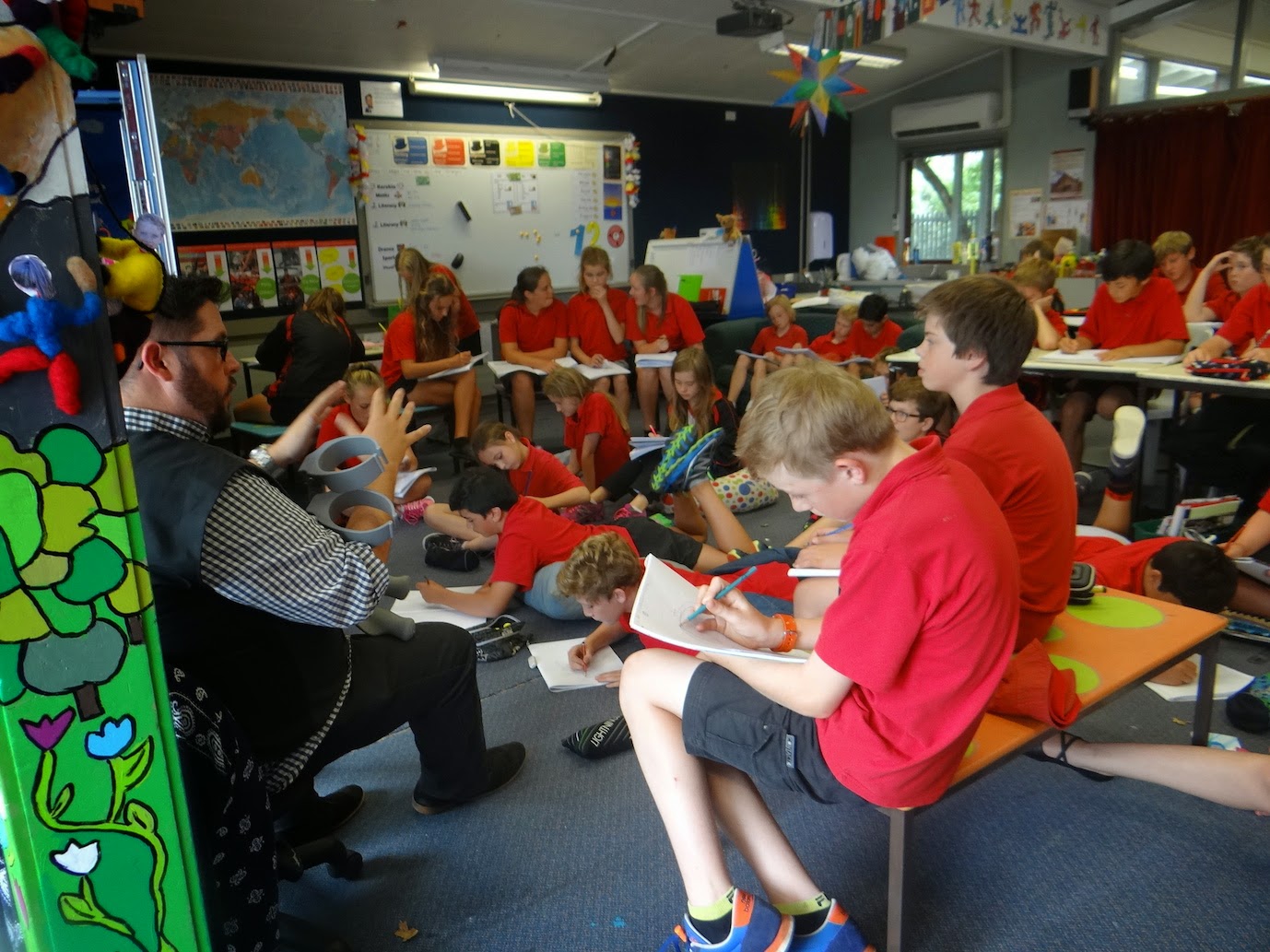 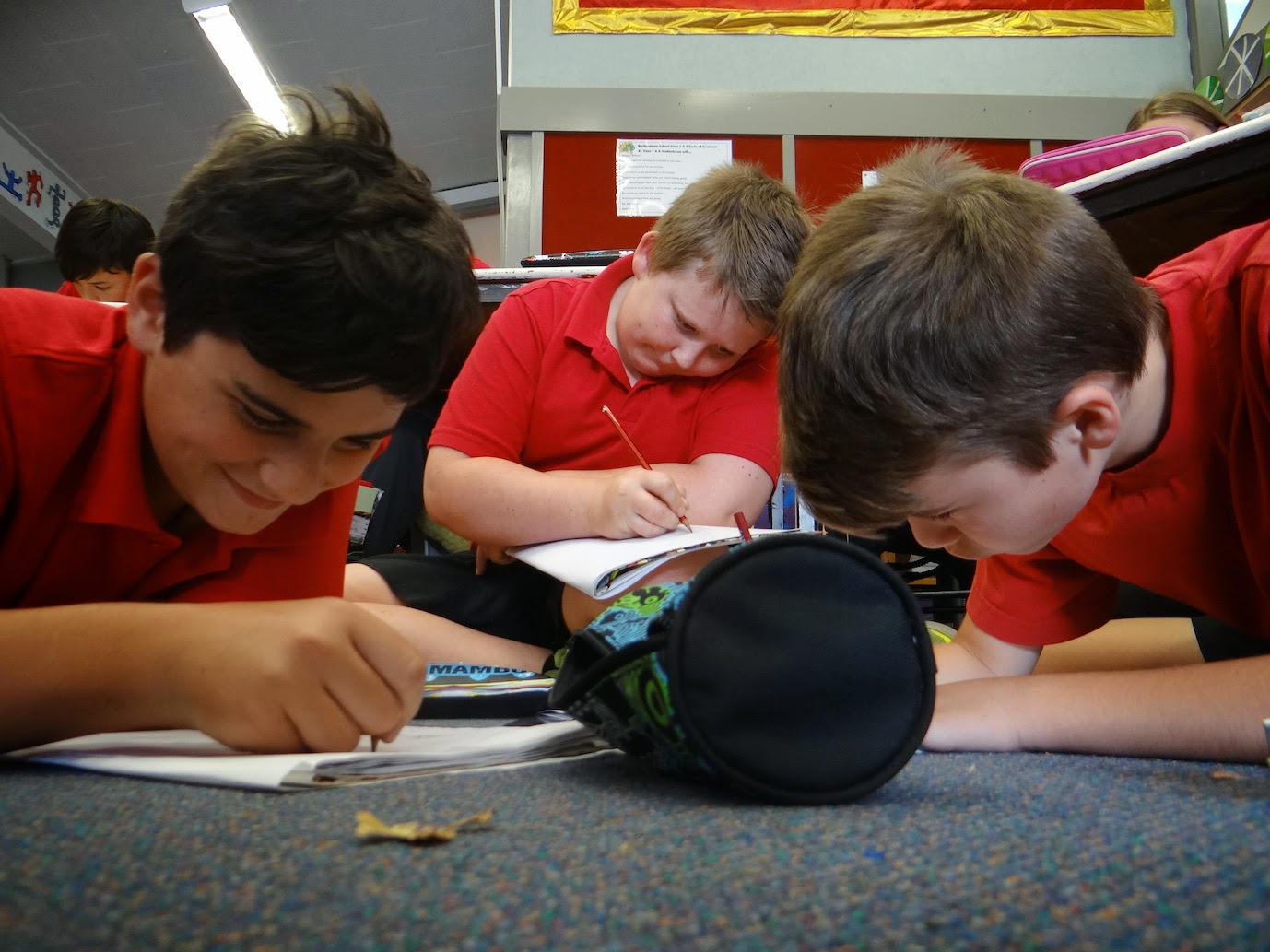 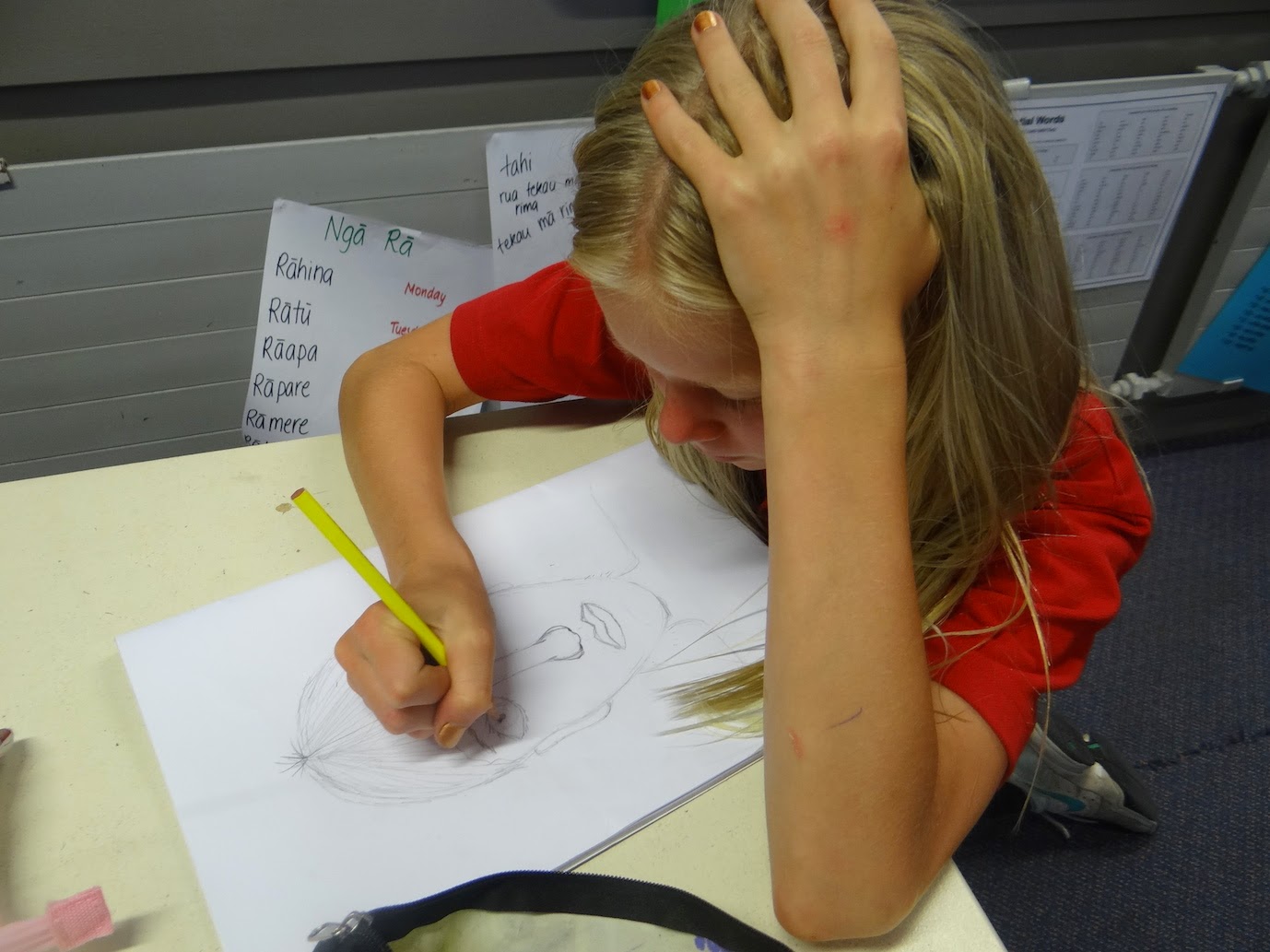 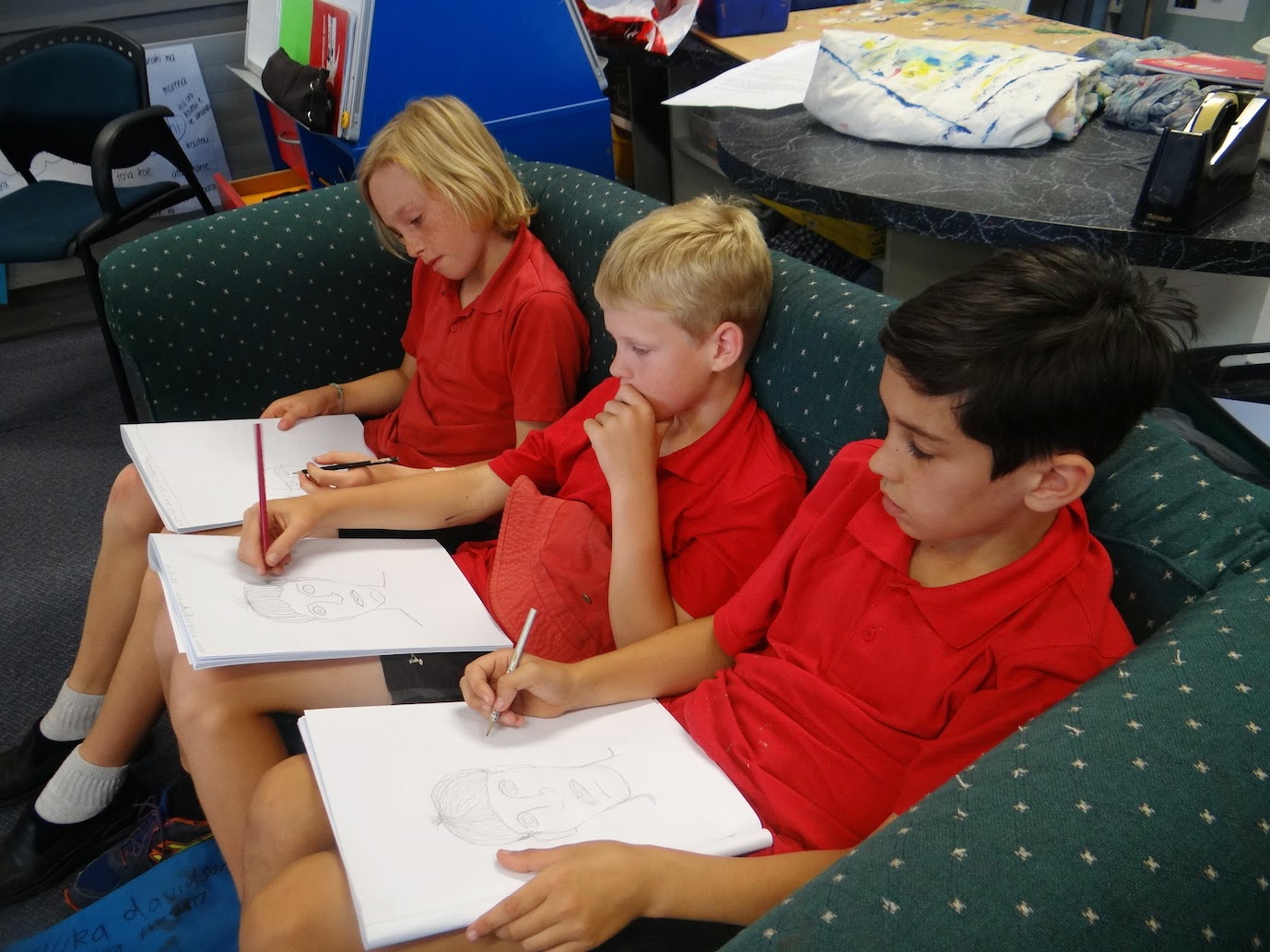 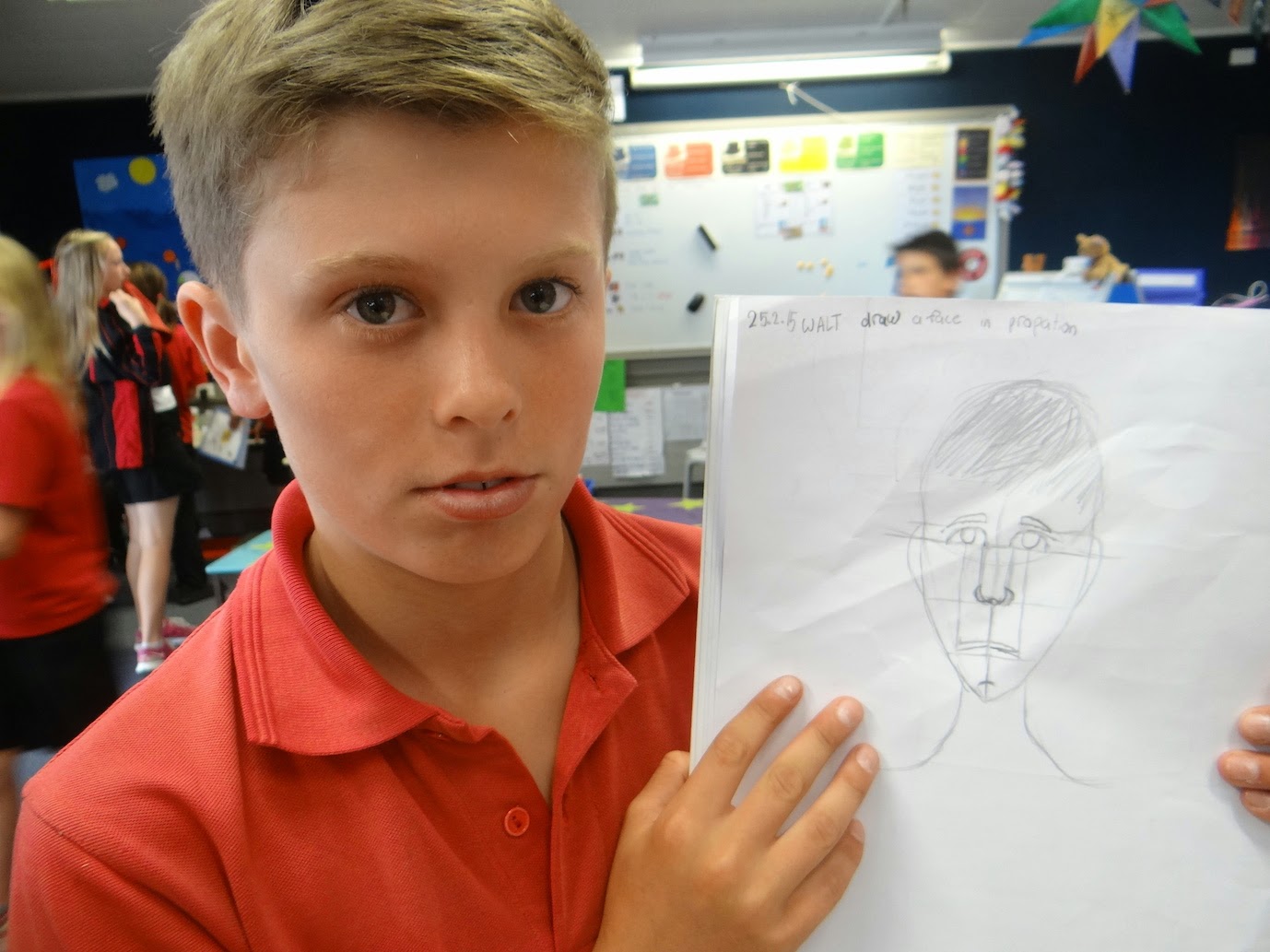 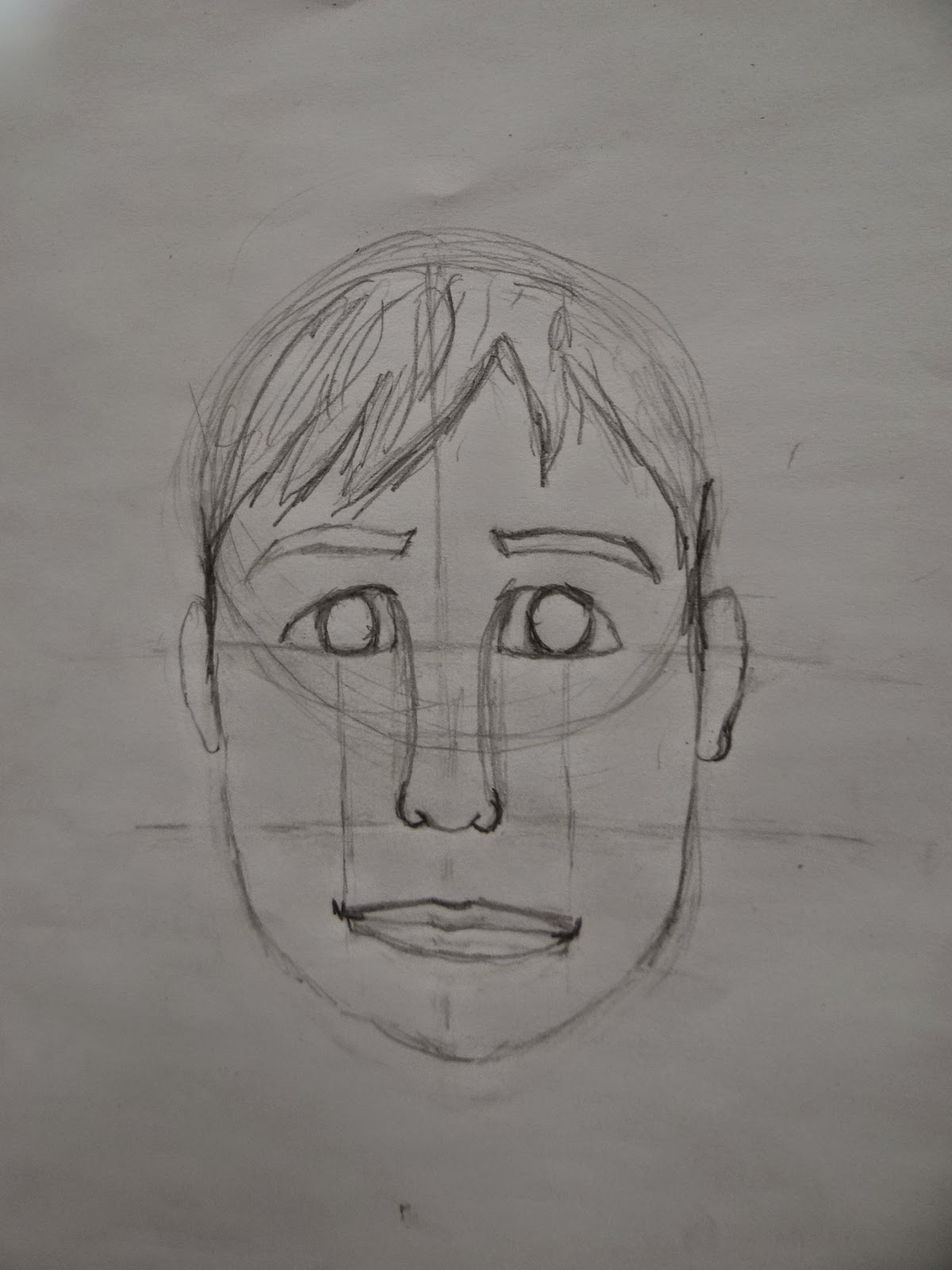 Posted by nickydunlop at 14:41 No comments:

Passions and writing from the Intermediate Hub 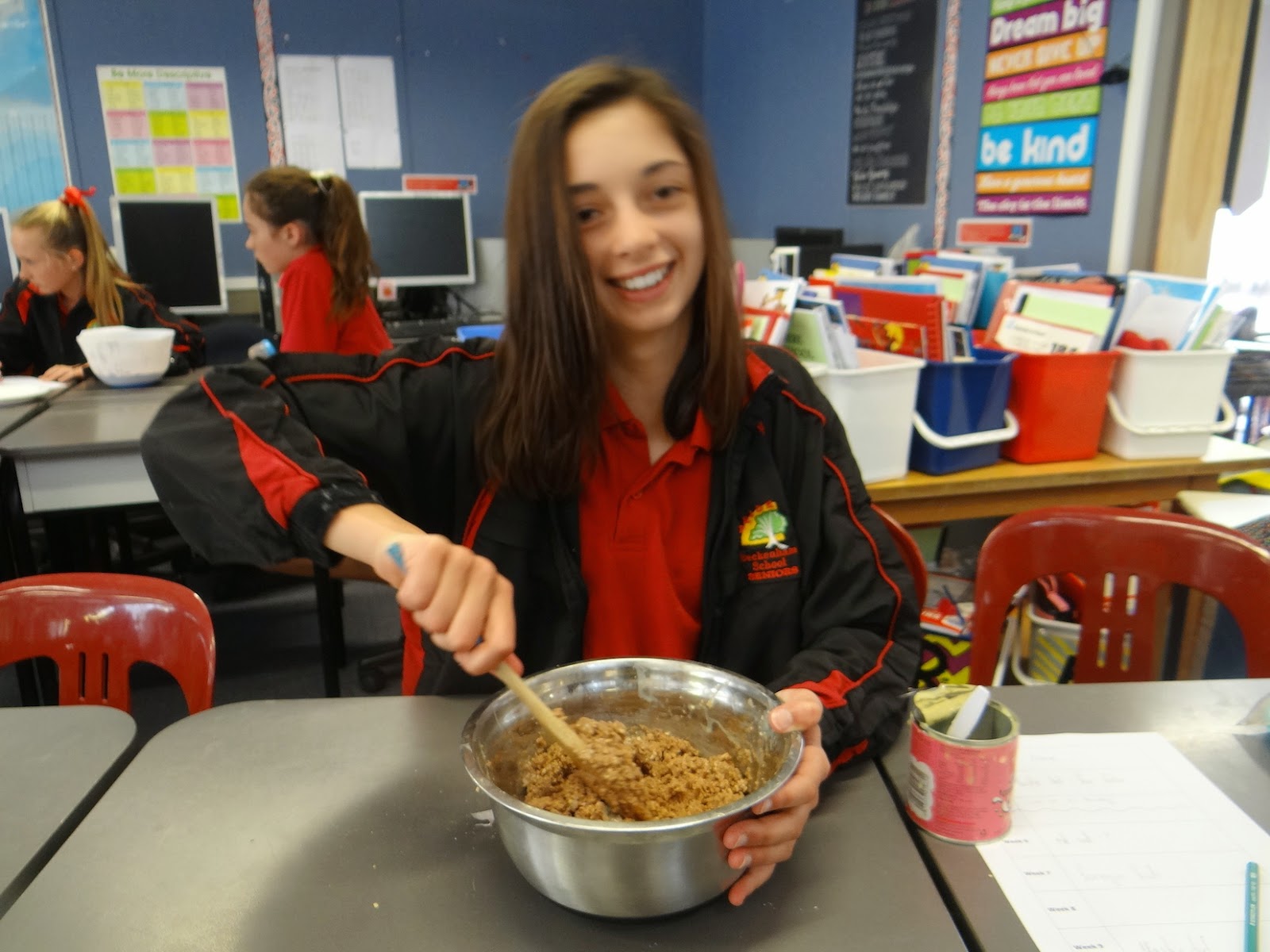 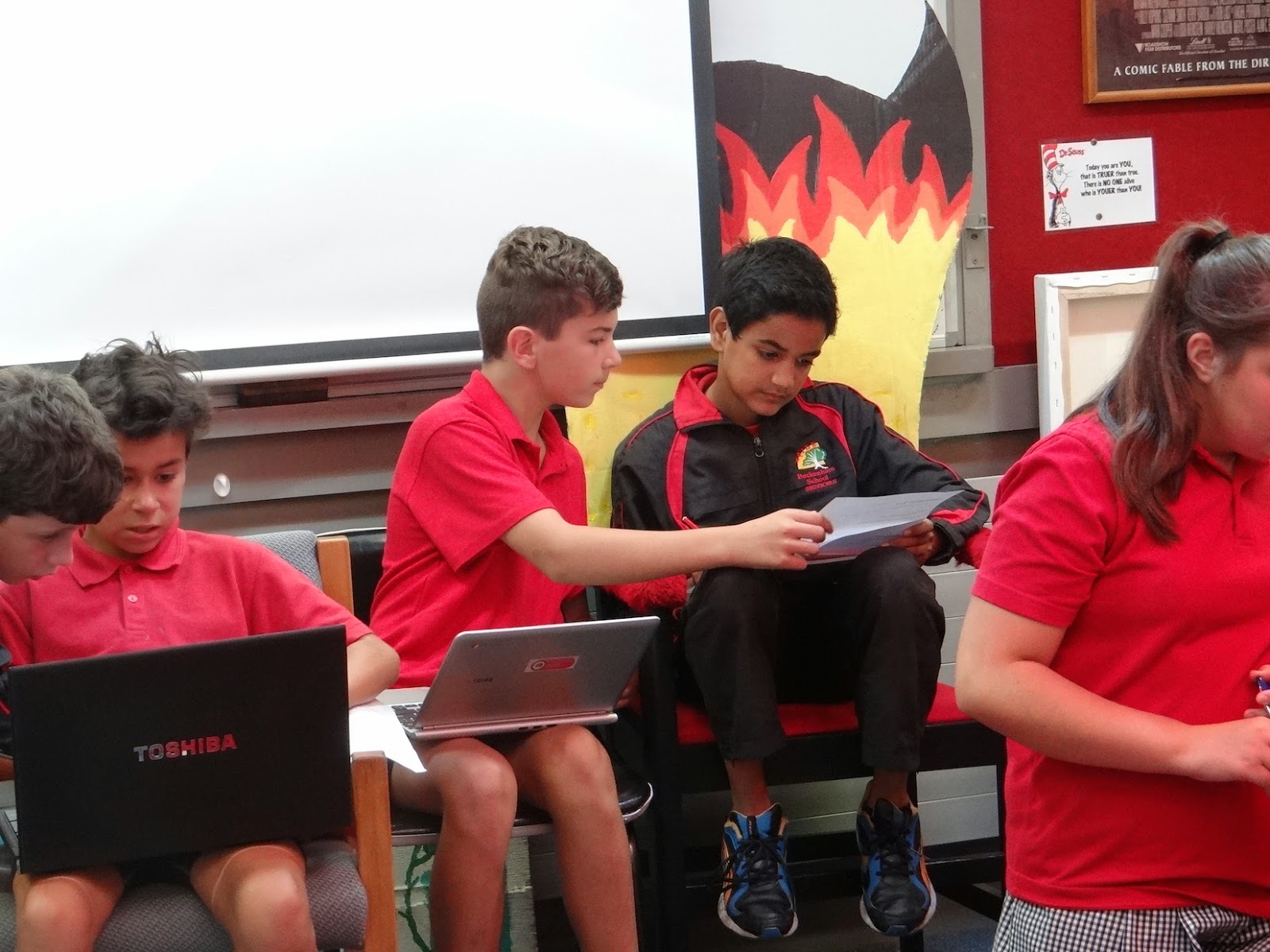 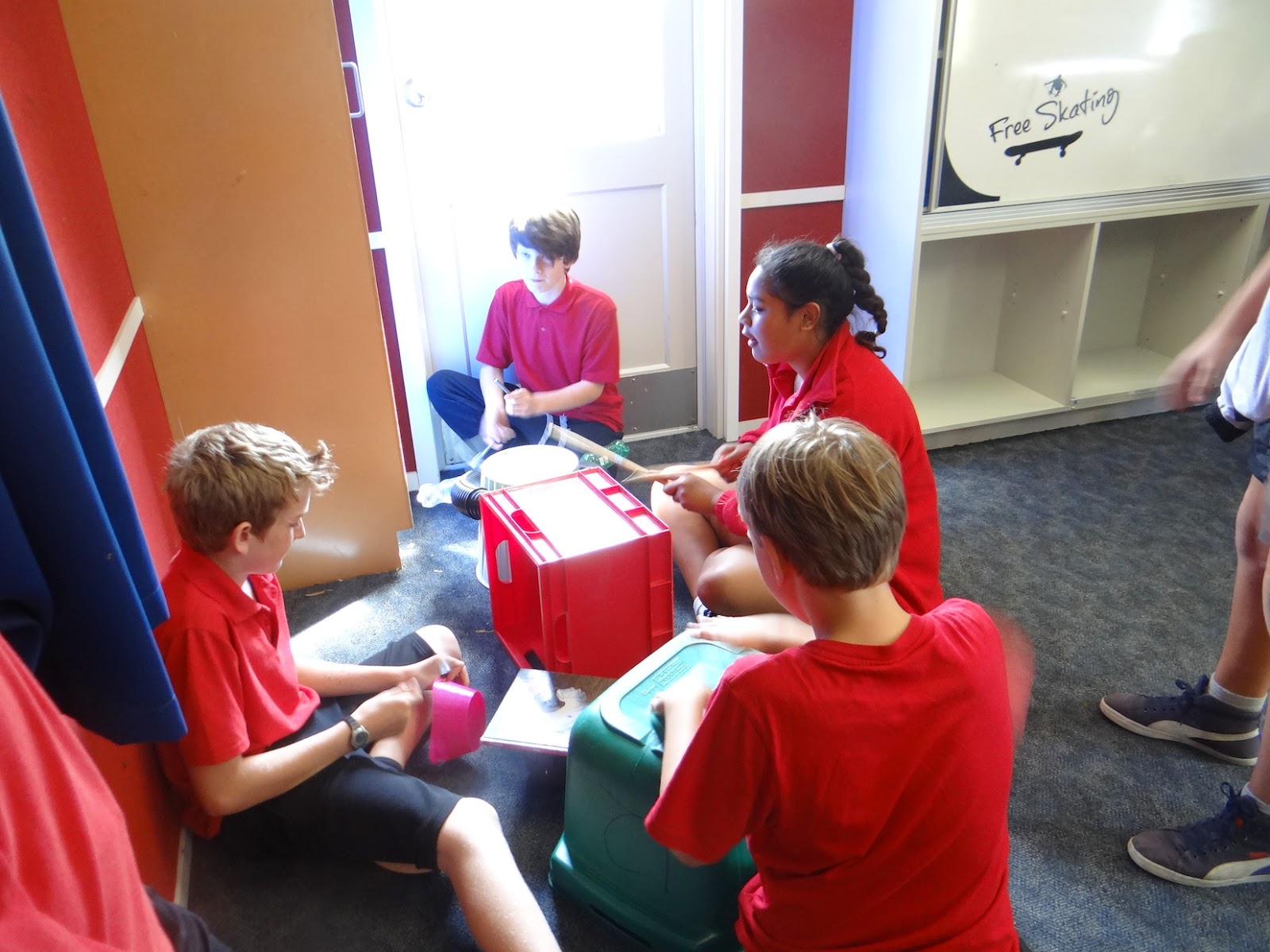 We have been really impressed with the children's focus as they worked independently during our literacy time this week. There is a lot to get your head around, especially if you are new to our hub. Below is a selection of writing based on our circus motivation. We will continue to work on this writing next week.

As I walked in a pleasant smell of popcorn and caramel apples intermingling with the background scent of straw and canvas wafted through the air. The sight of opened peanut shells scattered over the floor brought amusement to my eyes. The sound of rustling chocolate bars and  movement up in the stands sent a shiver of excitement down my back. The mouthwatering taste of sweet, succulent donuts, dances it’s way across my taste buds. I can feel the squelching of the rubber as my hands squeeze the balloon; hoping it won’t pop. (Ashleigh B)


I stood behind the curtains as the performers began to prepare. I had my own table labeled “Fuzzy” and my props were in a box underneath, I stared at my reflection in my mirror, scrunching up my face and trying different expressions. Around me people darted back and forth as the got ready for the big moment. A colourful wig rested on a plastic head, I picked it up and placed it on my head, I felt foolish. A friendly female clown came up to me, laughing.
“Its your first time, isn’t it?” She asked.
I nodded.

Adam took in the immense cold of the night as he stumbled towards the looming, dark gates. A fizzing and blinking sign hung overhead, letters missing from the name were scattered on the ground with broken glass. H NT B RRY C RCUS. He remembered when he was eight when he used to slip over the fence and watch people play bright sideshows and walk away with colourful prizes. Swallowing the thought, he beckoned at Roan, wearing two more warm layers than him and looking around nervously. Sliding a set of cold steel wirecutters from under his shirt, he snipped the lock on the gate and gave it a push. (Tim)

An array of colourful lights shines brightly into the darkness of the night sky. Music blares from large speakers. Laughter fills my ears as we walk past clusters of other people. As I pull my mum along sweet smells of buttered popcorn and fluffy candy floss  fill my nose. My head turns as a loud squeaking noise followed by screams and roaring laughter pierce my ears, making them ring afterwards. A vast smile spreads across my face. (Noah)

As I entered it was not as I remembered. The authentic haybale seats were so worn down that I was basically on the floor and the thick layer of straw that was usually in the centre looked as though it had blown away over the years and they had not bothered to replace it.  As for the big top itself it was torn and ripped so it felt like we were sitting outside. If this is how they keep the tent then how would the show be? (Charlotte)

A few steps is all it took to hear the roar of the crowd, cheering and cheering. I was busting to get through the gates, past the ticket people and get in the stadium. As we got into our seats… backflips, flares and the most amazing tricks ever done on motorbikes, scooters and other crazy things, people dressed as clowns, bears and in other ugly costumes. The fun was heating up a bit, fireworks, flames, and other sparkling explosions! Something kept bugging me. The cold dusty plastic seats not warming me up, no jumper, no coat, or anything cozy and warm. (Ruben)

Posted by nickydunlop at 15:34 No comments:

The circus came to town!

Today we had our first writing motivation for the year. The crowd gathered around the circus ring, the aroma of sawdust lingering in the air, as the music started and the entertainment commenced. We think Beau was the stand out favourite performer!

After the performance concluded, we 'unpacked' a writing exemplar to give the children an idea of the features and structure they should be including in their writing. On Wednesday, or before, they start their first writing piece based on their experiences of a circus, be it the one we put together or something else they have experienced. Their focus is on descriptive writing. A chat at home about what they might describe would be helpful. 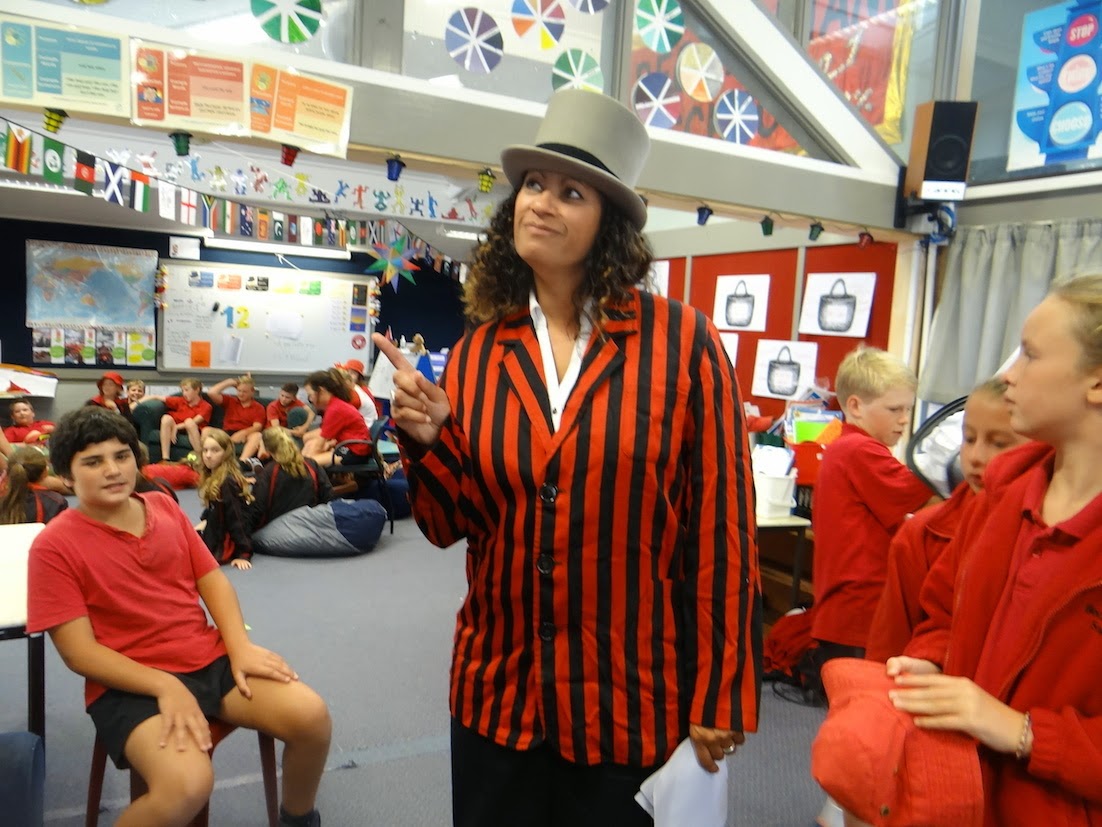 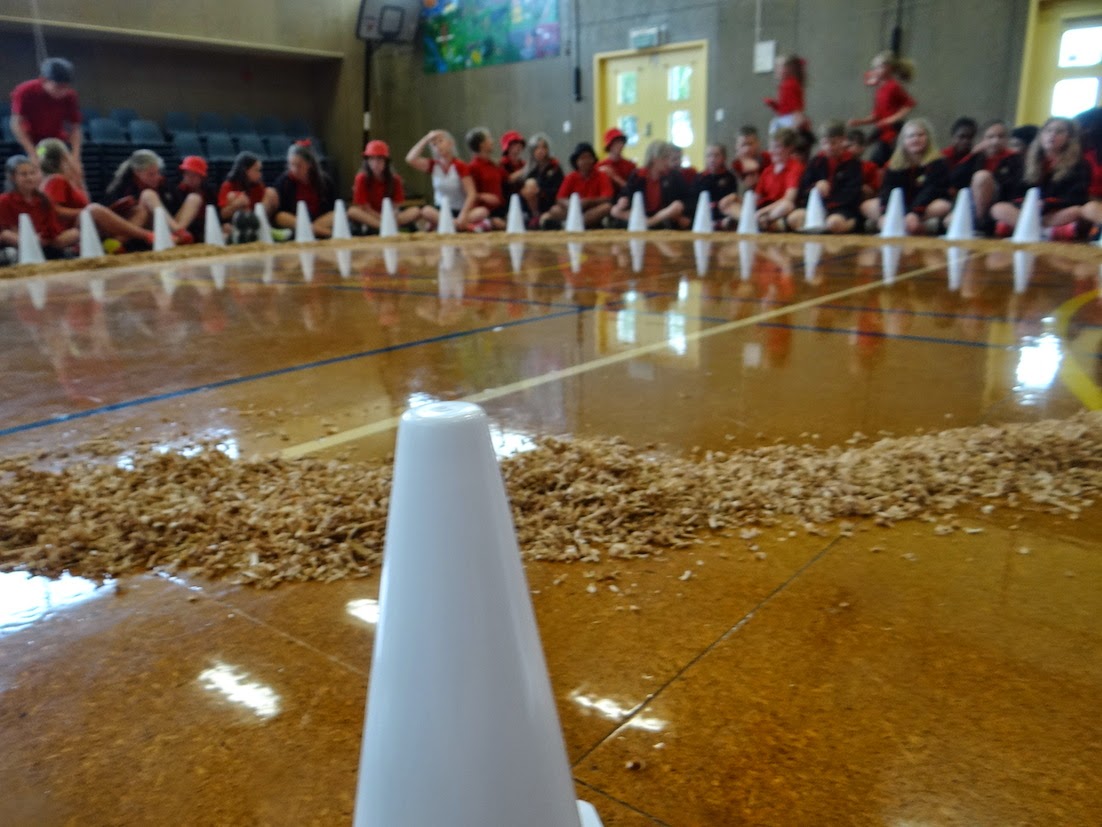 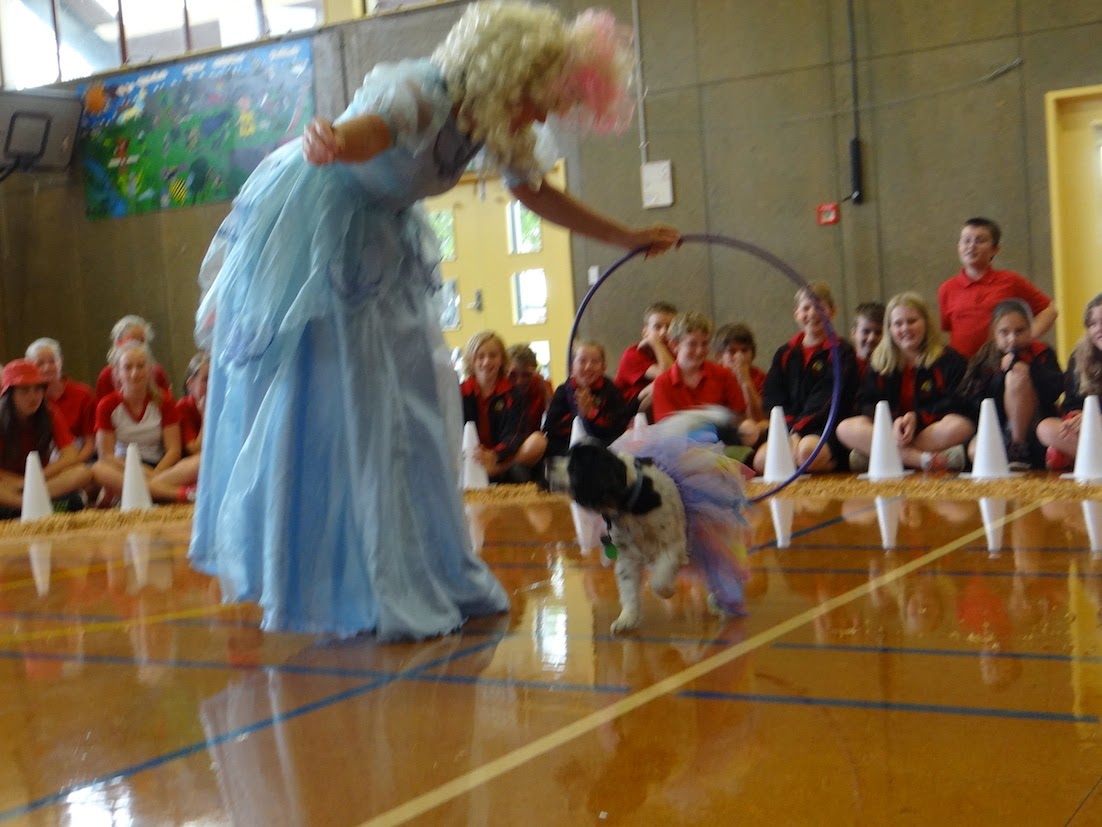 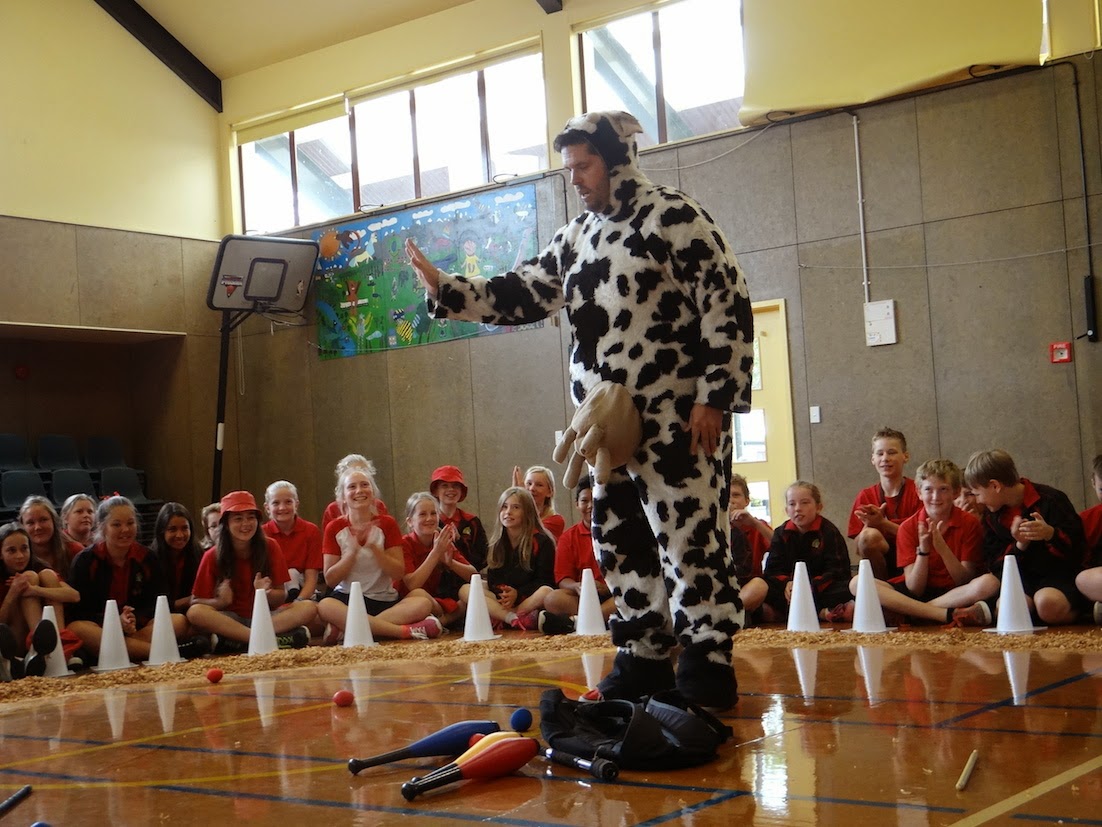 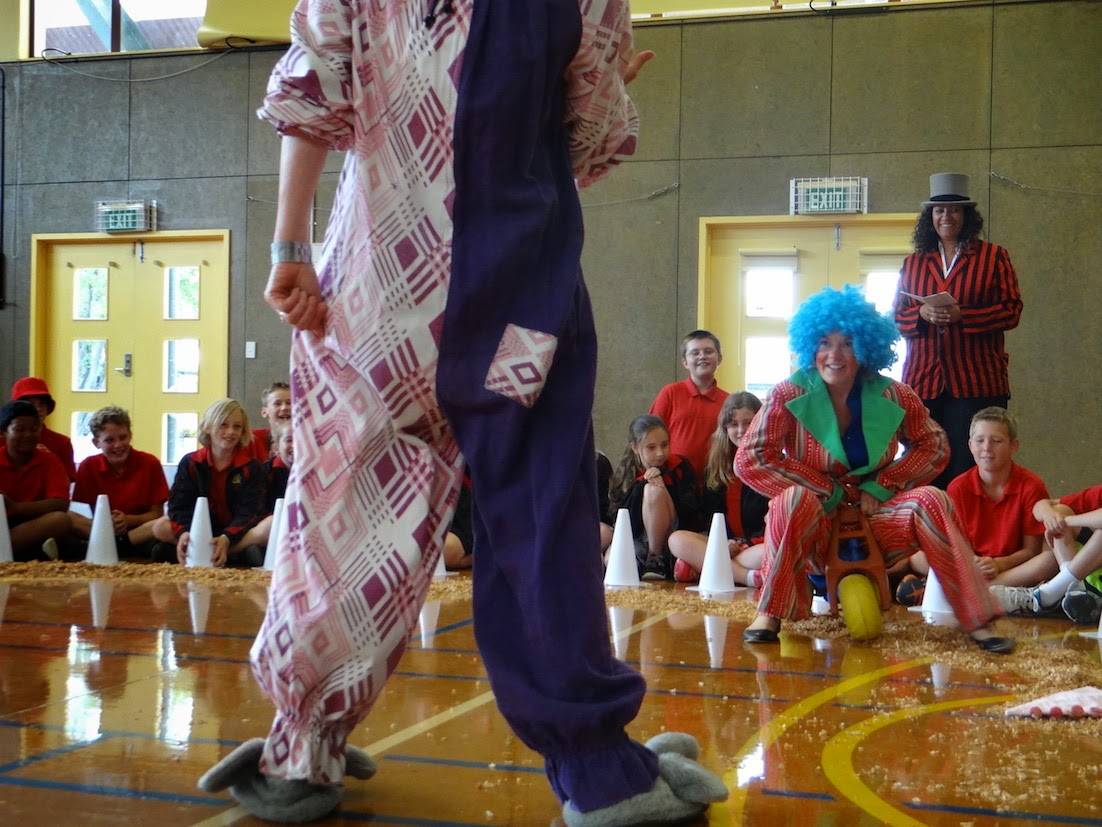 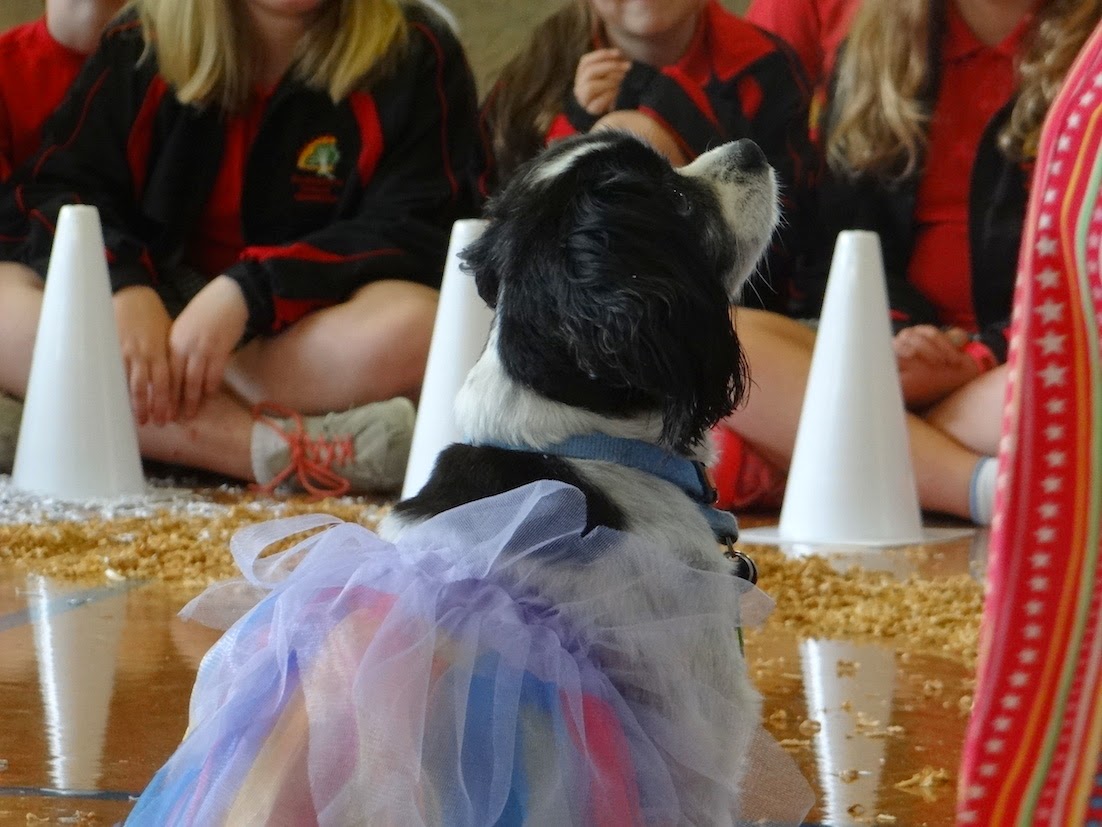 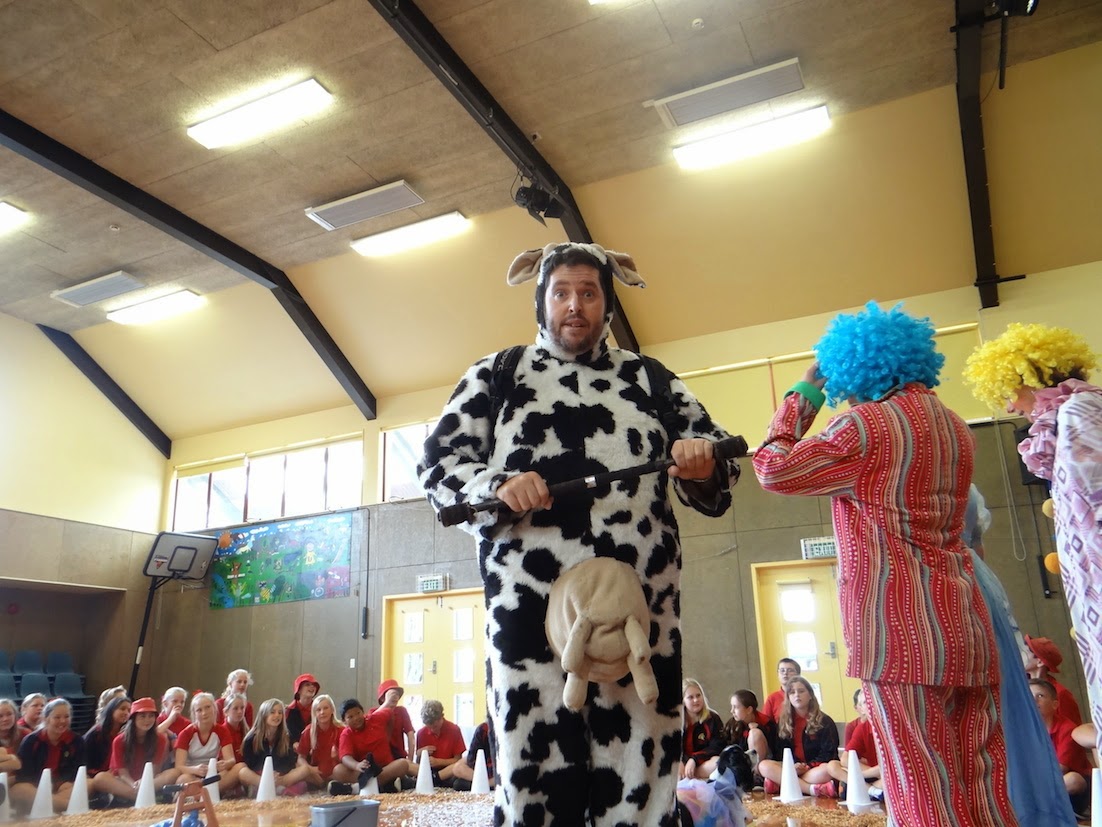 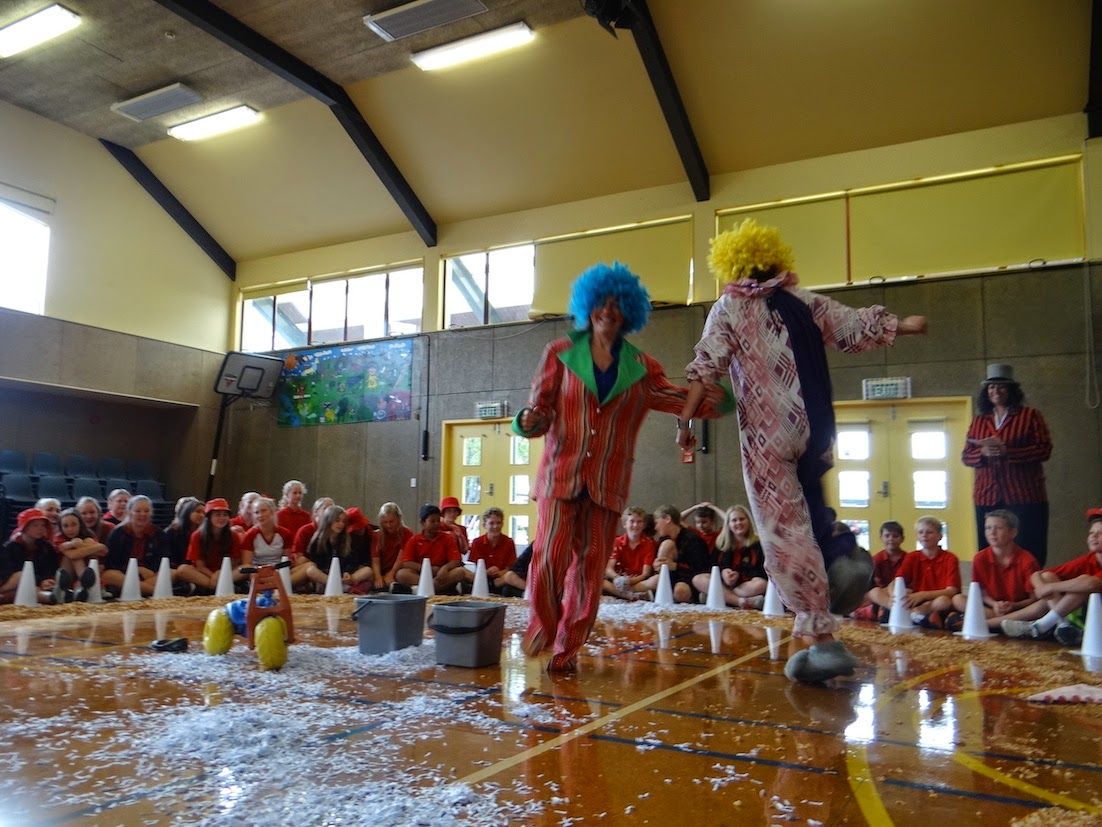 Posted by nickydunlop at 16:42 No comments:

Kauri Whanau are underway for 2015

We have hit the ground running this week: sorting literacy programmes, bonding as a team and as home-groups and introducing the exciting things we have coming up for term 1. Below are a few 'captured moments' from Wednesday. We would love to hear your feedback. Please click the comments tab at the bottom of each post to share your thoughts. 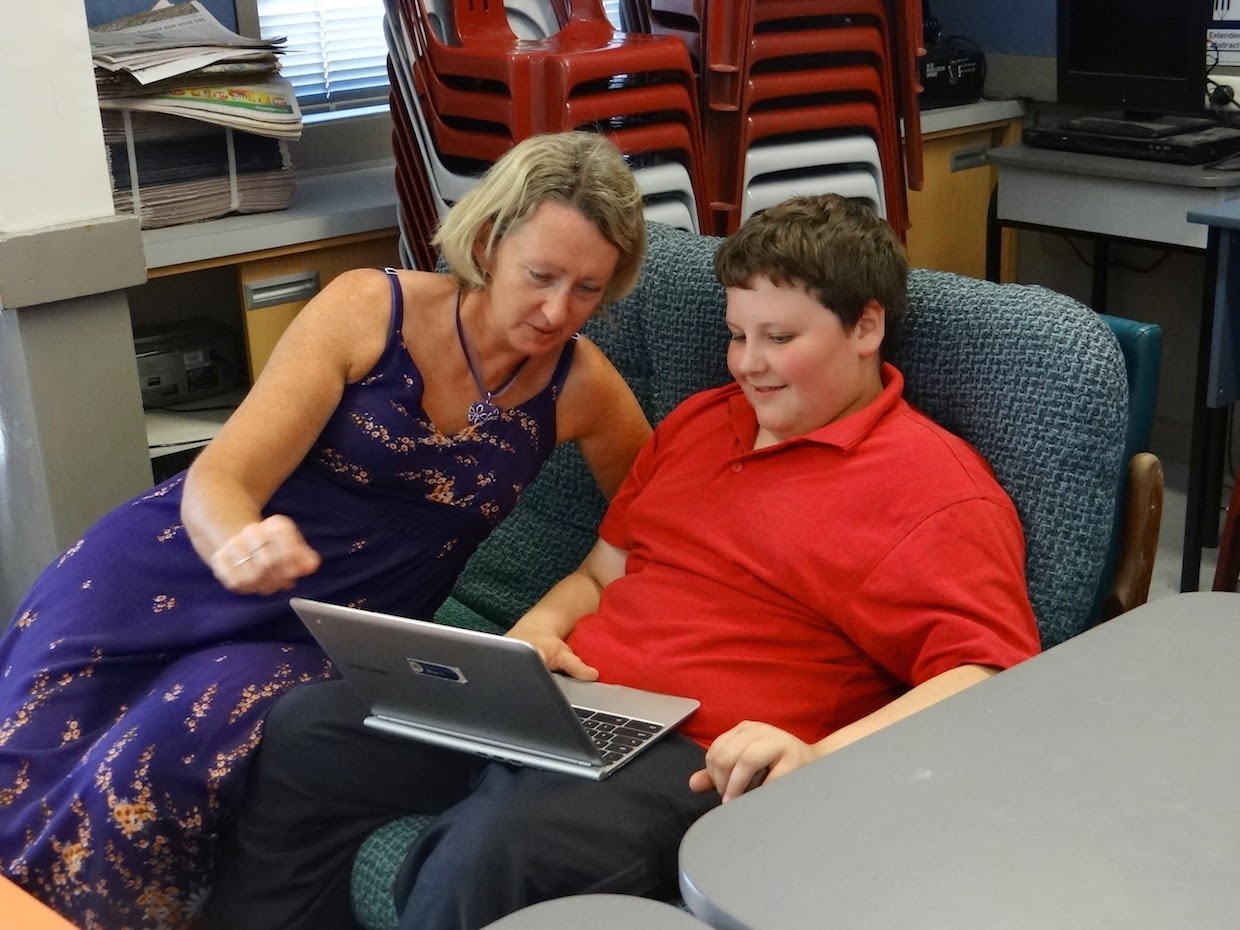 Posted by nickydunlop at 18:24 No comments: