Today we met Fletcher and Petronella. Fletcher is Petronella's eyes and makes such a difference to her daily live. We learnt lots about guide dog training and how Fletcher works with Petronella. Following this motivation we discussed how animals help people. Our writing topic for the next three weeks is to write about an animal rescue. Under the photos is Megan's exemplar, which we unpacked today. Stay posted, great writing coming soon. 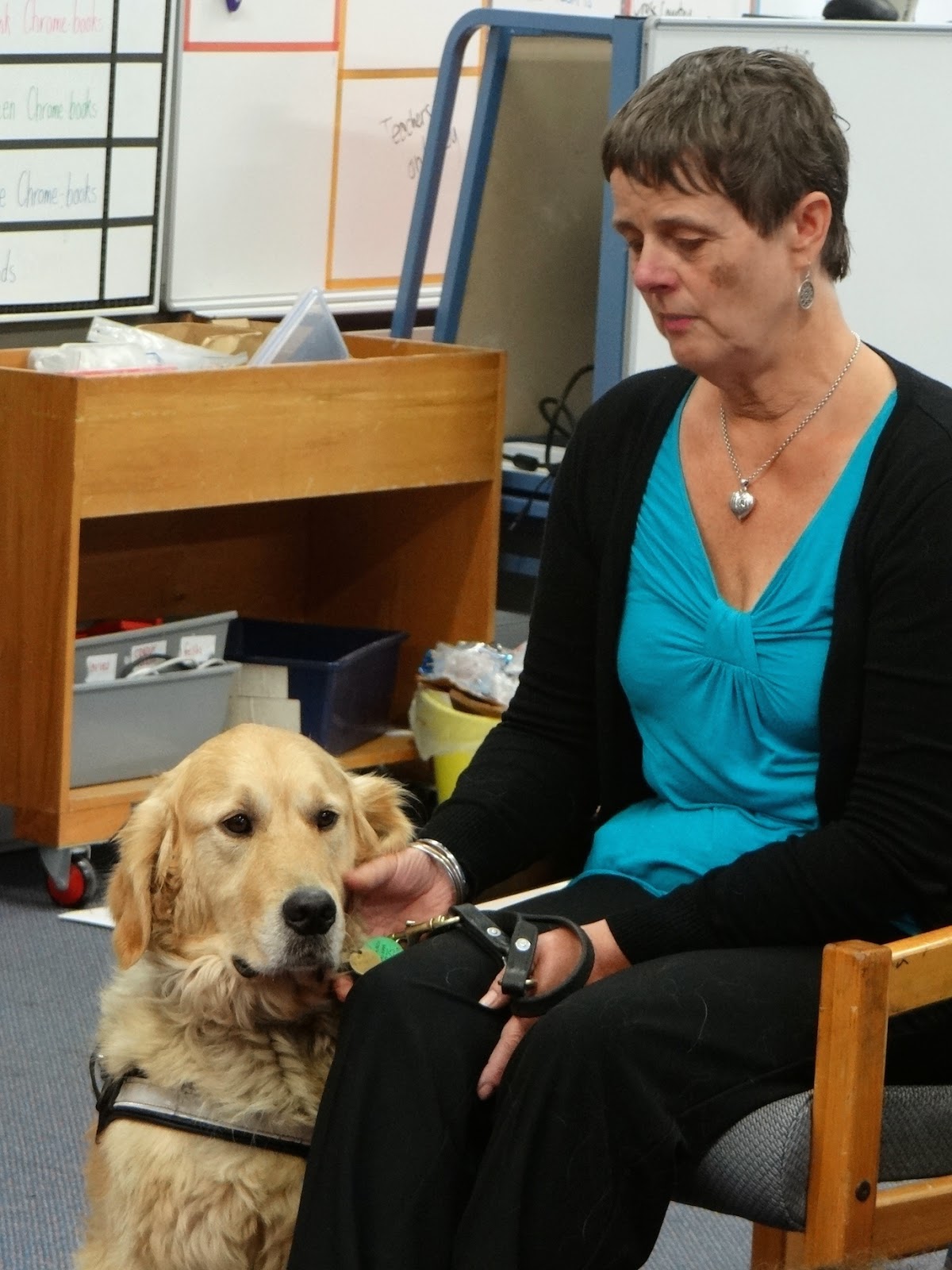 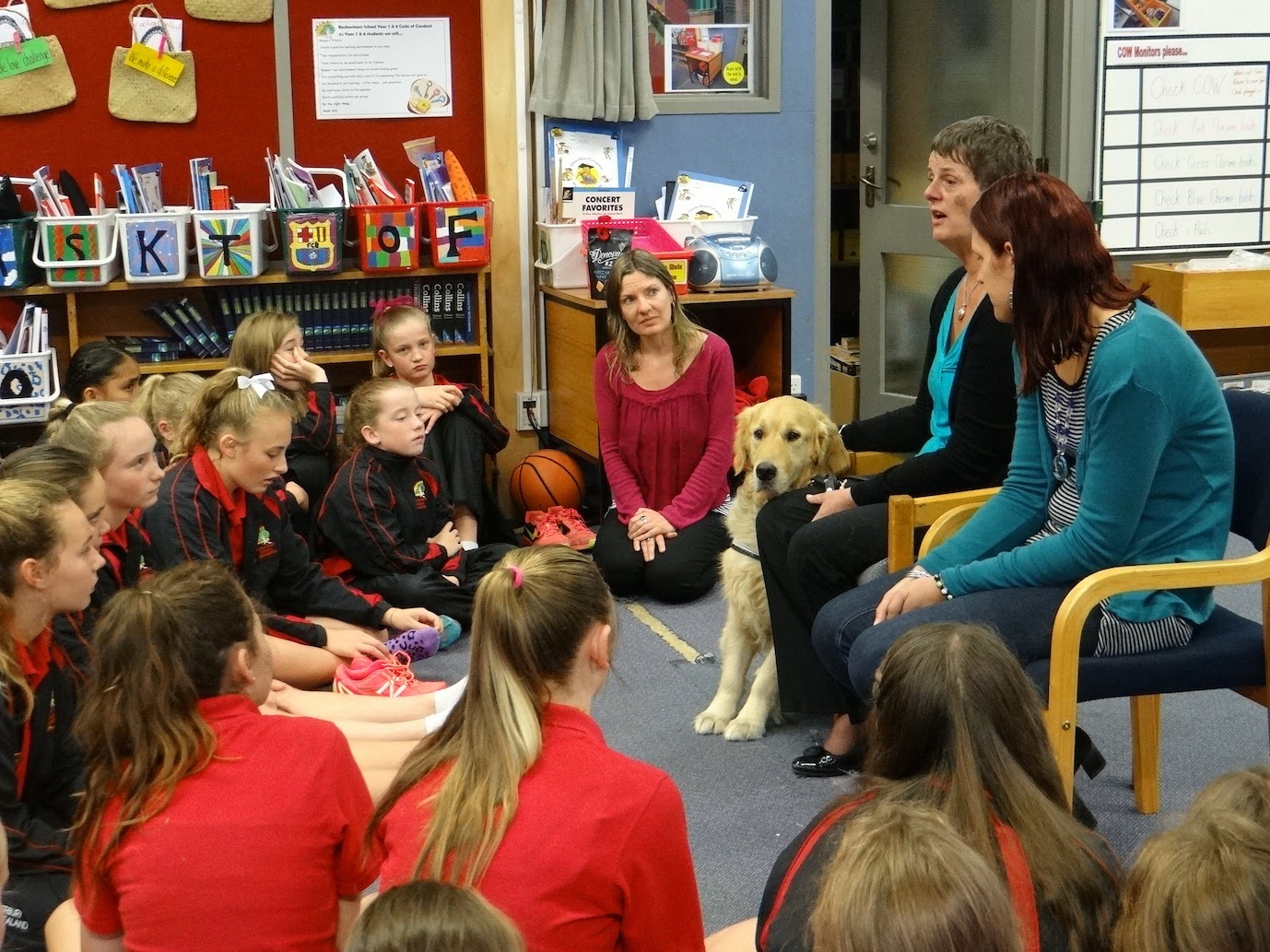 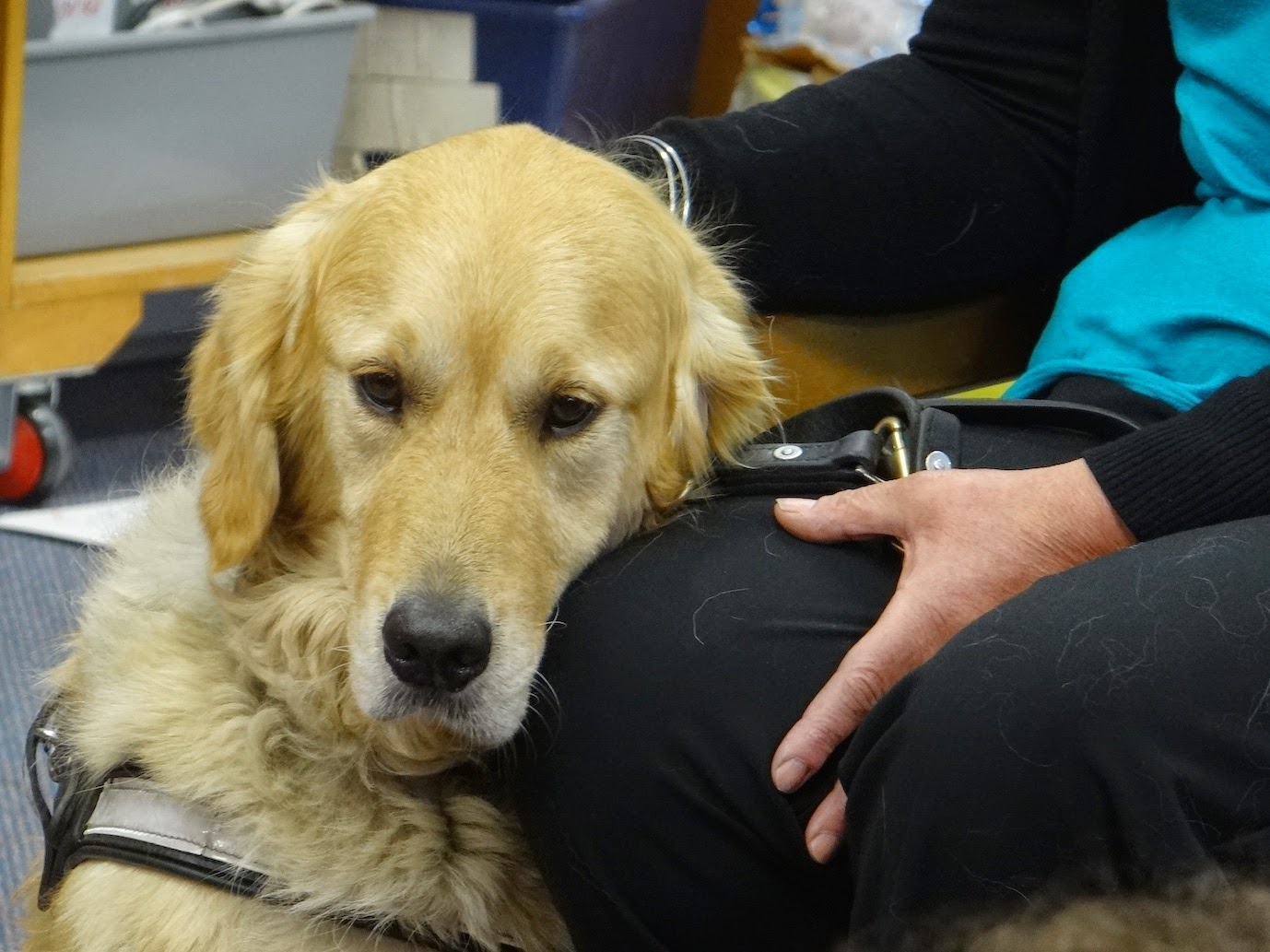 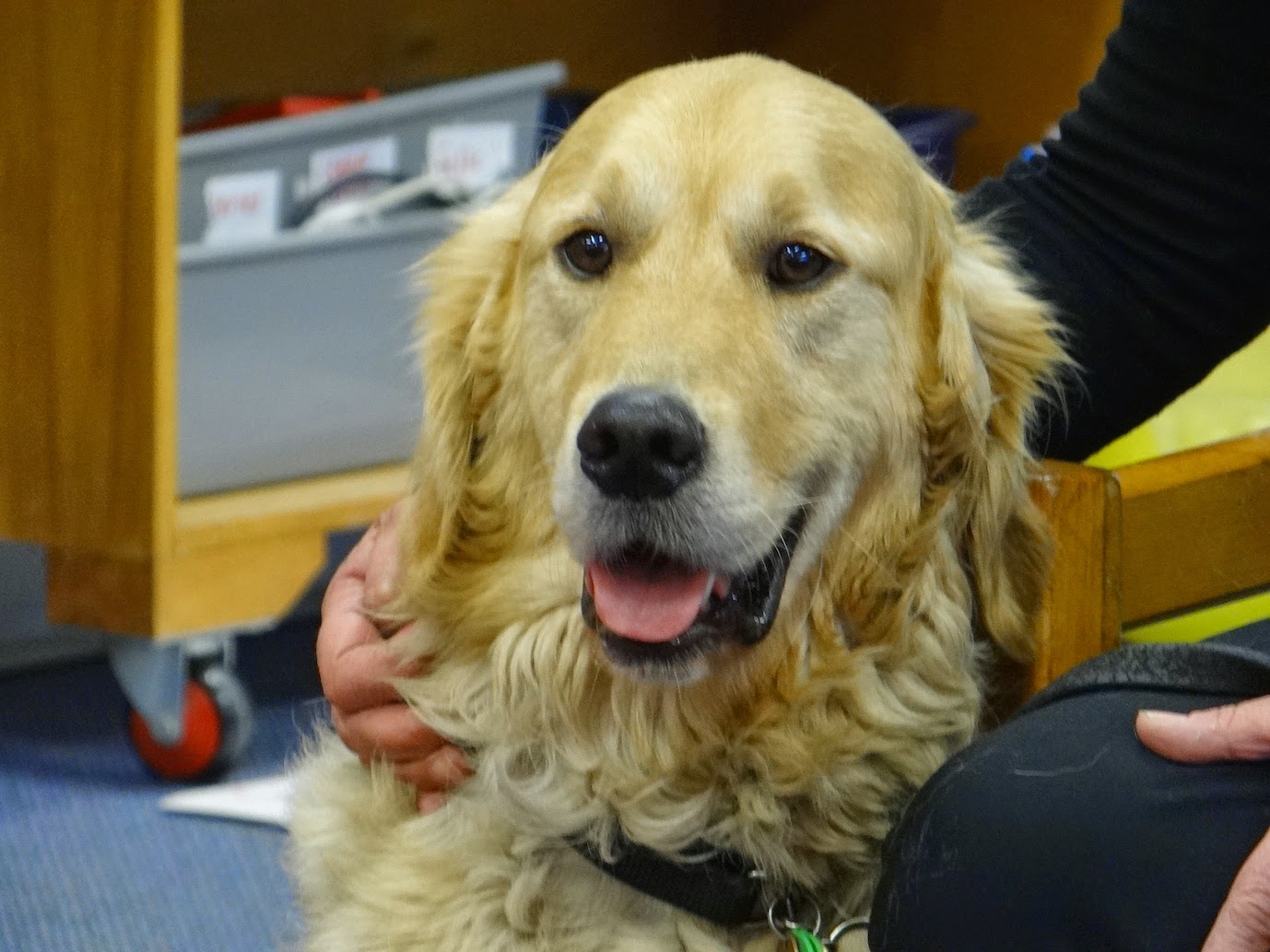 CRACKLE! The glowing embers leaped and twirled in a fiery dance, twinkling like stars in the hot swirling air before cascading to earth. Like gleeful fire fiends they set alight a lonely tree in the back garden.

Within minutes the flames had spread and were licking the outside walls of the small timber house. Thick black smoke swiftly engulfed the two bedrooms inside, blanketing the sleeping family in their beds.

Boris the Golden Retriever was the first to wake, sensing danger! What should he do? How could he warn the sleeping family?

Instinctively he raced towards the youngest child’s room but was beaten back by the rampaging flames of a great famished beast devouring everything in its path and belching out black smoke.

Far in the distance a siren could be heard. Closer. Closer. Two figures made their way chokingly out of the burning building towards the safely of gathering neighbours. Someone was missing! A small boy. Trapped inside the inferno!


Inside, Boris tried daringly to approach the child’s room again. Every muscle of his broad pelt fought against the heat from the fire-giant which staunchly stood guard. Ignoring his charred fur, he broke through the flames and located the frightened child taking refuge under the bed. Instantly the boy threw his arms round Boris’ neck and clung to his fur. Together they broke free from the heat and flames as the house succumbed to the gruelling inferno.

Jubilation! Joy! Smouldering ash and smoke framed the valiant hero as he guided the boy towards the cheering crowd.
Posted by nickydunlop at 15:45