Another busy week in the Intermediate Hub is drawing to an end.

This morning we played three very close games against Carisbrook School. As the team from Carisbook arrived, there was some sharp intaking of breath, when we saw the size and athleticism of a number of their players. The basketball was neck and neck until they drew away from us in the closing minutes of the game. We were comfortably winning the football, until Carisbook came back with two quick goals near the end. Not enough though, and we won that game. The touch was another close game. We were up against a team who play in a weekly Dunedin competition. Our team really stepped up and gave their best effort, however were narrowly defeated. So the trophy makes its way down to Dunedin this year, but we'll be out to win it back at the end of the first term next year. A huge thank you to the PTA who put on a delicious lunch for our visitors. Also a big thank you to Aaron for refereeing the touch and our Cashmere High referees for football and basketball. 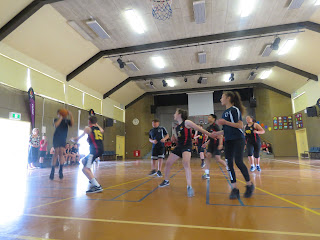 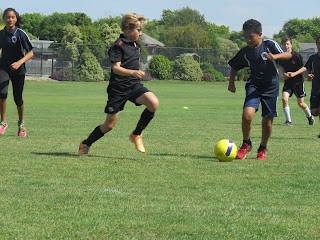 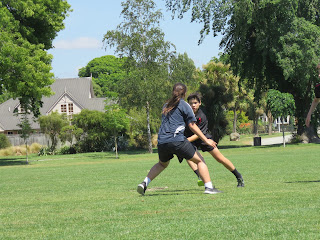 Last week I asked for helpers for two outings on December 13th and 14th. So far one parent has signed up for each trip. As a result we have rethought these trips and altered our plan. Instead of going to Corsair Bay, we will walk down to Waltham pool for lunch and pool time on Wednesday December 13th. With lifeguards at the pool, we will not require parent support for this trip. We have moved the Victoria Park walk to Thursday, December 14th. We will head off at 10:30am and will be back at school by 3pm. Now, this trip we cannot do without your help, so please fill in this form if you can join us. For many of you, this could be the last opportunity to help out on a school trip.  We really don't want to have to cancel this trip.

The Trials of Alice in Wonderland

Today we performed in front of an audience for the first time, in costume with most of the props. The show is coming together well and we are excited to be sharing it with you next week. All children need to be at school by 6:45pm on Monday evening, for a 7pm start. Some will need to be here earlier for makeup. We will let those children know tomorrow. Bring your family and friends and a gold coin, for an entertaining evening. We will be performing again on Thursday evening. 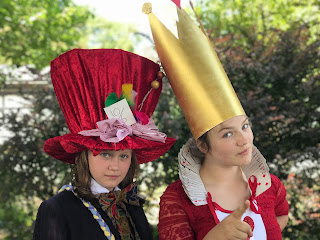 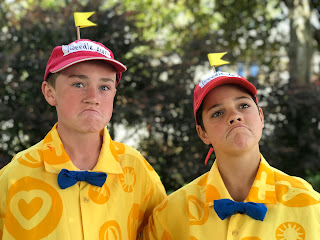 A big congratulations to our three triathletes who competed on Wednesday at the Canterbury Triathlon. Kaia was placed 8th,  and Alex and Rosie both came 14th. This is a fabulous result as there were large numbers competing.

After an amazing win of their qualifying heat the Beckenham Improv team are in the finals of the 2017 South Island Junior Theatre Sports Competition against the other five strongest teams who won their respective heats.

The final will be held on the main stage at the Court Theatre in Addington, on Sunday 3rd December at 4pm. The tickets are only $10 for an adult and $5 for a student. These can be purchased at the box office at the theatre.

If you are a fan of laughing, crying or just being amazed we would love it if you came along and support our team as they jump through metaphorical hoops and create theatre on the spot with no safety nets. Having a vocal crowd there supporting our children may just be the nudge that gets them across the line in first place. Of course improv will be the winner on the day, and the players will leave it all out in the field (these analogies are the closest thing to actual sport associated with this event).

Best of luck to our improvisors and hopefully we will see your smiling faces and hear your raucous applause on Sunday.

Finalist include:
Posted by nickydunlop at 18:02